It’s déjà vu all over again. 2019 is off to a good start, just like January of 2018. Stocks climbed during the first month of the year, with the S&P 500 rising the most in January since 1987, and the Dow posting its strongest January since 1989. Investors may take comfort in a well-known market adage says that so goes January, so goes the year. And historical information going back to 1950 shows that this barometer has been wrong only ten times in those 68 years, for an 87% accuracy ratio. Unfortunately, 2018 was one of the exceptions, due to a late-year market selloff.

For January the Dow rose 7.2%, the S&P 500 climbed 7.9%, the NASDAQ gained 9.7%, and the Russell 2000 small cap index added more than 11%. The gains were attributed to the Fed’s decision to leave interest rates unchanged, positive corporate earnings reports, and optimistic developments regarding trade tariffs with China.

Just as a rising tide floats all boats, all 11 S&P 500 sectors finished the month of January in the black. As proof that sectors rotate, the Energy sector was the best-performing sector for the month, rising 13.1%, following a disastrous loss of more than -20% last year. Industrials were the 2nd best sector with an 11.6% gain, followed by Real Estate’s 10.0% rise.

Oil futures finished the month with an 18% gain, the strongest monthly rise in nearly three years. West Texas Intermediate Crude settled at $53.79 a barrel, rising from $45.41 the previous month.  The commodity’s rise was the result decreased supplies due to OPEC production cuts, sanctions against Venezuela’s state-owned PdVSA, and a decrease in exports to the US from Saudi Arabia.

The yield on the 10-year remained firmly below 3% at the close of the month. The Fed’s assertion that they will be “patient” on further rate increases has been interpreted to mean that there will be no further rate hikes until at least June. The Chicago Mercantile Exchange sees only a 15% chance of a rate increase between now and the end of the year. Depending on how economic and financial developments play out, the Fed may decide to decrease rates.

Economic indicators were mostly negative last month. The Chicago PMI fell sharply to 56.7 in January, down 7.1 points from December’s 63.8 due to a drop in new orders. Despite the fall, any reading above 50 indicates improving conditions. The Consumer Sentiment Index plunged during the month, ending at 91.2, below the December reading of 98.3, the worse since Trump’s election. The government shutdown rattled consumers and if the impasse over funding a border wall isn’t resolved, we could face another shutdown on February 15th. The shutdown also impacted the unemployment rate, as it rose to 4% with the addition of 175,000 new claims, most of them federal workers. The Consumer Price Index for All Urban Consumers (CPI-U) fell in December by 0.1% on a seasonally adjusted basis. Over the last 12 months, the all-items index rose 1.9%.

It may be of some comfort to know that historically February tends to mimic January in the markets. Over the past 50 years, when January has been up, February has averaged a gain of 1.34% (see chart). It is also worth noting that if you are a follower of the pseudo-macroeconomic theory that the Super Bowl winner can predict the year’s market direction, then you will be cheering for the Los Angeles Rams on Sunday. This theory says that if a team from the American Football Conference(AFC) wins, then it will be a bear market, but if a team from the National Football Conference (NFC) or a team that was in the NFL before the NFL/AFL merger it will be a bull market. Then again, both of those “indicators” were wrong last year…

The equity indices are off to a great start for the year, but the volatility witnessed during the past few months serves as a sobering reminder that risks remain present for investors. In general, it appears that the economy is fundamentally sound, but uncertainties concerning the budget and trade issues may negatively affect market performance. Investors should be prepared for further hiccups by ensuring that their equity exposure matches their risk profile. 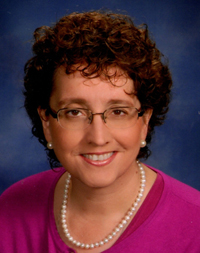